﻿﻿Sleep then my Princess﻿﻿ 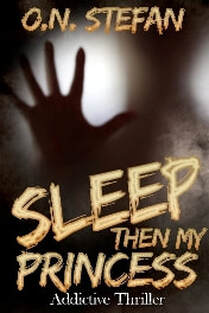 Sleep then My Princess, a chilling fast-paced thriller, set in Arizona, where the desert becomes a place of fear.

Losing her husband in a tragic accident seems to be the least of Stephani Robbins problems when she finds herself trapped in a series of unexpected events.


A secret ‘admirer’ overwhelms her with creepy presents, recurrent visions of a child she can't recognize, and her struggle to save the life of a loved one puts her in the cross-hairs of a serial killer.

When Stephani is abducted and face to face with a killer, she learns alarming secrets about her childhood.

She will need all her wits to survive.
​
What some of my readers said...
Wow! You've got a thriller with a level of horrific reality here.
You take the reader inside a perverted serial killer's head and an innocent woman whose life has been ripped from her and whose present season of recovery is being trespassed. You describe the love of an adoring niece for her mourning auntie and this connects the reader to the prologue and adds another level of emotion to this already captivating plot.
What a book! 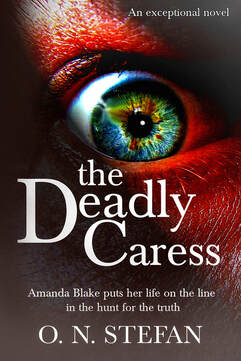 Everyone, is eyeing a huge inheritance while another murder takes place and suspicion is rife.

Amanda is determined to find her mother's killer.

Someone has sent a mysterious email to her mother. Convinced this man knows the killer, she visits him. A hail of bullets has them running for their lives.
​
Someone, will stop at nothing until she is dead.

If she thought things were bad enough, they are about to get much worse...